In recent years there is a growing interest in the investigation of the so-called aggressive manoeuvring, following the idea that high drift and even counter-steering manoeuvres may be more efficient than typical low drift manoeuvres under certain road-tyre characteristics and vehicle layout. In particular, experimental evidence shows that rally drivers are used to such manoeuvres, thus suggesting that under low friction conditions this driving strategy could be even optimal from the minimum time point of view or for other specific targets.

The aim of this kind of study is that a better understanding of such limit handling conditions could lead to advanced Electronic Stability Control (ESC) systems with an extended operating envelope and also to autonomous vehicles capable of reproducing aggressive manoeuvers (e.g. evasive and emergency manoeuvres). 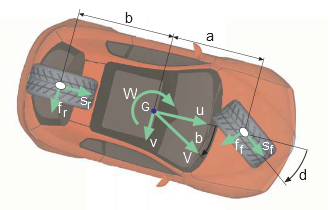 The car model employed for these simulations is based on the well known single-track model pioneered by Riekert and Schunck, Milliken and also Segel and included in most vehicle dynamics textbooks. The model consists in a single rigid body and it has been enriched with nonlinear tyres, coupling between longitudinal and lateral tyre forces as well as front/rear load transfer. For each axle the wheel includes the contribution of the left and the right wheel of the real vehicle. Pitch and roll rotations are neglected. Finally the model is a 5 degrees of freedom one. In recent papers the capability of this simple model to reproduce complex and aggressive manoeuvres consistent with experimental data has been shown.

The introduction of a specific tyre library permits to exploit different types of tyre-road interaction curves and thus to simulate them in order to evaluate their effect on optimal driving strategies. They are obtained by varying the Pacejka coefficients B,C,D,E (same values are used for the lateral and longitudinal forces). In other words, we consider the same tyre on different road surfaces. 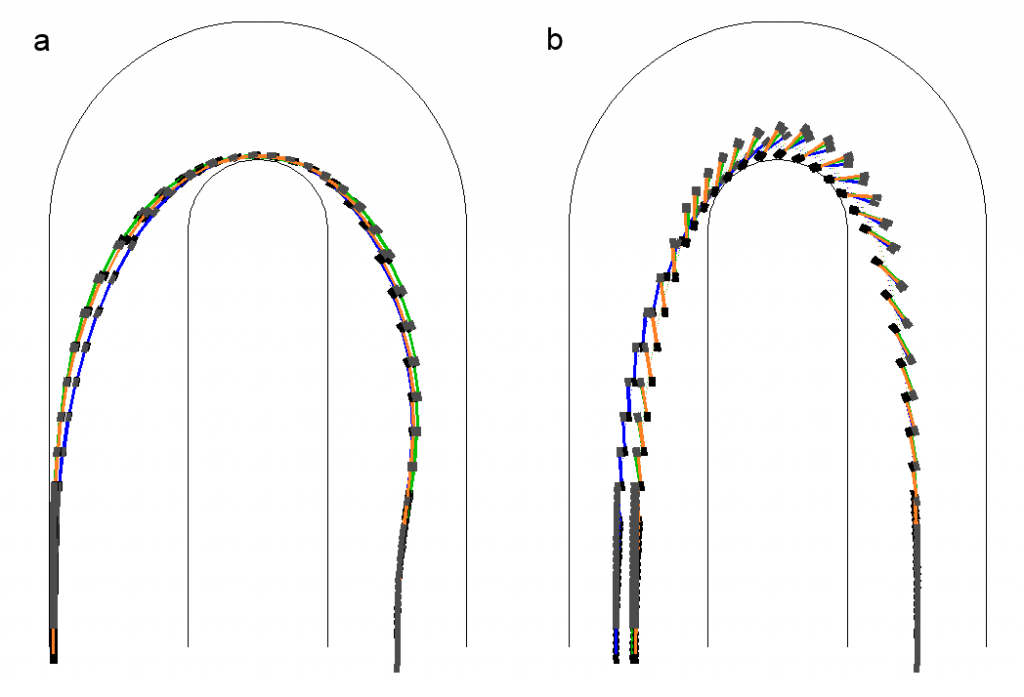 Fig.4 and Fig.5 report the animations regarding the two set of simulations in Fig.3, from this kind of representation it is possible to appreciate which is the configuration that perform the manoeuvre in the minimum time.

Moreover this optimal control strategy has been used to investigate the optimality of another specialized rally driving technique: the handbrake cornering. This manoeuvre consists in braking (even locking) the rear axle to reduce the available lateral force (due to lateral-longitudinal coupling of the tyre), thus increasing the over-steering behavior of the vehicle, or inducing an over-steering behavior in a vehicle which is under-steering in conventional maneuvers. A subsequent rotation of the steering wheel provokes the skidding of the rear part of the vehicle. From experimental evidence it turns out that this technique is widely used to approach very tight low speed corners, e.g. low radius ‘hairpin’ turns, on different types of road surfaces (both paved and off-road).

Fig.6 reports a simulated handbrake cornering on loose ground in which it is possible to appreciate the usage of handbrake through color marker all along the path.